We have dedicated an apple tree to the memory of Major Leslie Young who spent a night in Lucoli in 1943.


Nicholas Young, the Trust’s chairman, tells how, in 2010, 66 years after the event, he discovered the real circumstances of his father’s final dash for freedom: "I have known the story of how my father, Major Leslie Young, escaped from Fontanellato for 20 years or more: like so many of “the originals”, he said little about the adventures he had during his lifetime, so it fell to me to try and piece the story together after his death. He left me a small notebook, with a few faint pencil scribbles about life in the camp and on the run, and I have deciphered his dreadful handwriting sufficiently to be able to pass the story of his bravery, and that of the contadini who helped him, on to my own children. Inevitably, though, there are gaps in the story, events I don’t understand or can’t explain – and then I sit and wish he was still here, or that I had asked him when he was still alive".


Sir Young came to Lucoli in 2017 and left a leaflet with thanks for those who helped his father to hide for one night during his flight to Anzio on the door of the old seat of the municipality.
We have collected with attention and gratitude that message. We tried to bring out the memory of what happened from the lucolans community.
It was not easy.
We looked for historical sources and we thank Professor David Adacher and the historian Walter Cavalieri for helping us.
We looked for people to have direct testimonies. The protagonists of that time are no longer alive: Giulio Cordeschi who hosted the major died in 1969, his nephews little remember.
However, thanks to Nick Young, we have been able to do research, meet people, and revive a beautiful story of solidarity. We have made the Lucolans understand what they are quoting: “The courage of those Italians who were ready to risk their lives to help British soldiers in danger is a glowing example of the moral strength that allowed Italy to redeem itself from the tragedy of the Second World War.” – Giorgio Napolitano, President of Italy. 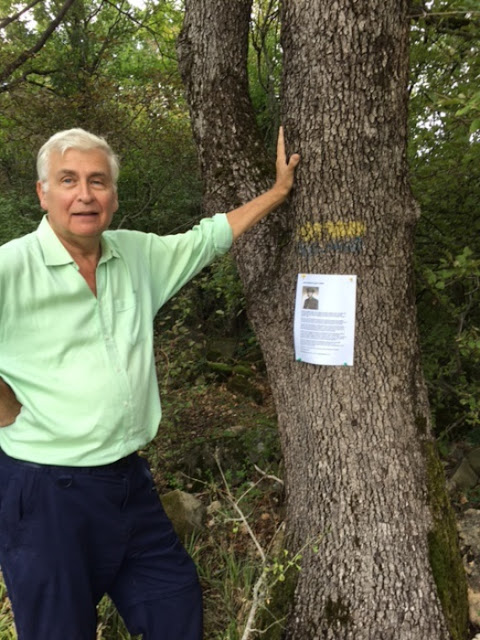 Former Chief Executive of British Red Cross and knighted for services to cancer care. Nick is the son of Fontanellato escaper Major Leslie Young, who got through Allied Lines near Anzio. He was awarded the Italian honour of Cavaliere Ufficiale in 2016.

We decided to dedicate a tree to the memory of Major Leslie Young in the Botanical Garden of Lucoli, his son Nick preferred an apple tree.
It's August, everyone is on vacation, but we wanted to spend an afternoon together with the Alpini of the Coppito Section to remember those times of war and above all to reflect on the sense of civil values shown by Sir Nick Young returning to these places after 74 years.
We heartily thank him because he made us rediscover a fact of history of this territory. 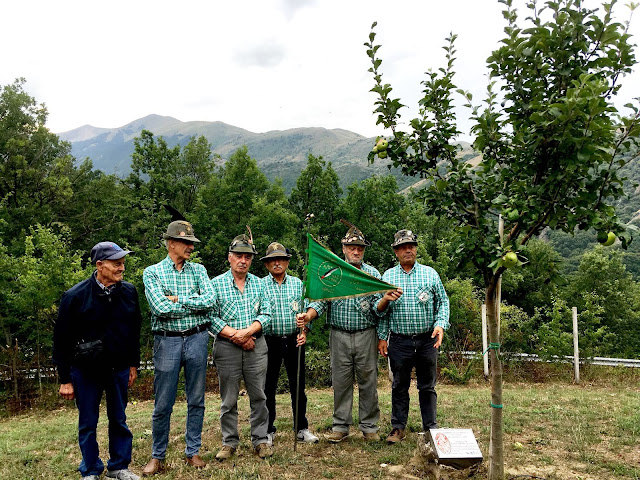 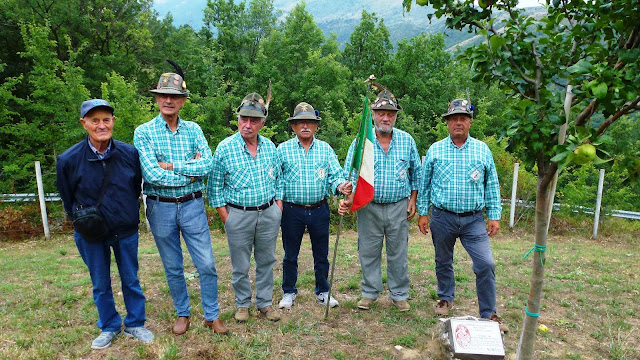 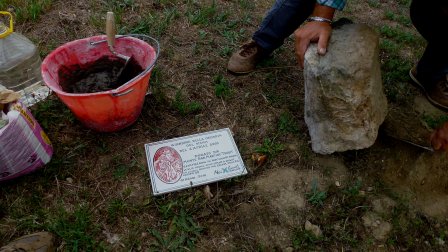 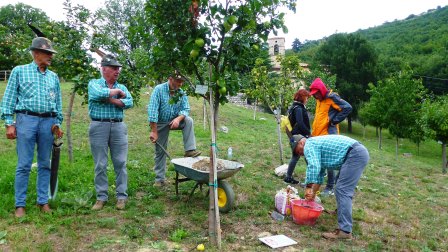 The stone on which the majolica with dedication has been fixed comes from our mountains. The majoilica was decorated by a craftsman from Vicenza.